6 Reasons You Need to Travel to Seoul, South Korea

A technologically advanced, urban epicenter, Seoul is considered a leader in the world of technological innovation, fashion, and architecture. That being said, Seoul not only offers a glimpse into the future but still stays true to traditions. Seoul offers a unique experience that balances both urban efficiency and advancement, while also maintaining Korean tradition. The city vibrates at a fast-paced energy, while still providing an escape to everyday business in the sanctuary of Buddhist temples and landmark protected neighborhoods.

Seoul seems to be ahead of the times in terms of international trends. Their leading fashion sense, beauty industry innovations, technology, and of course, K Pop. Though, concurrently, Koreans express a remarkable sense of connection to their cultural heritage. 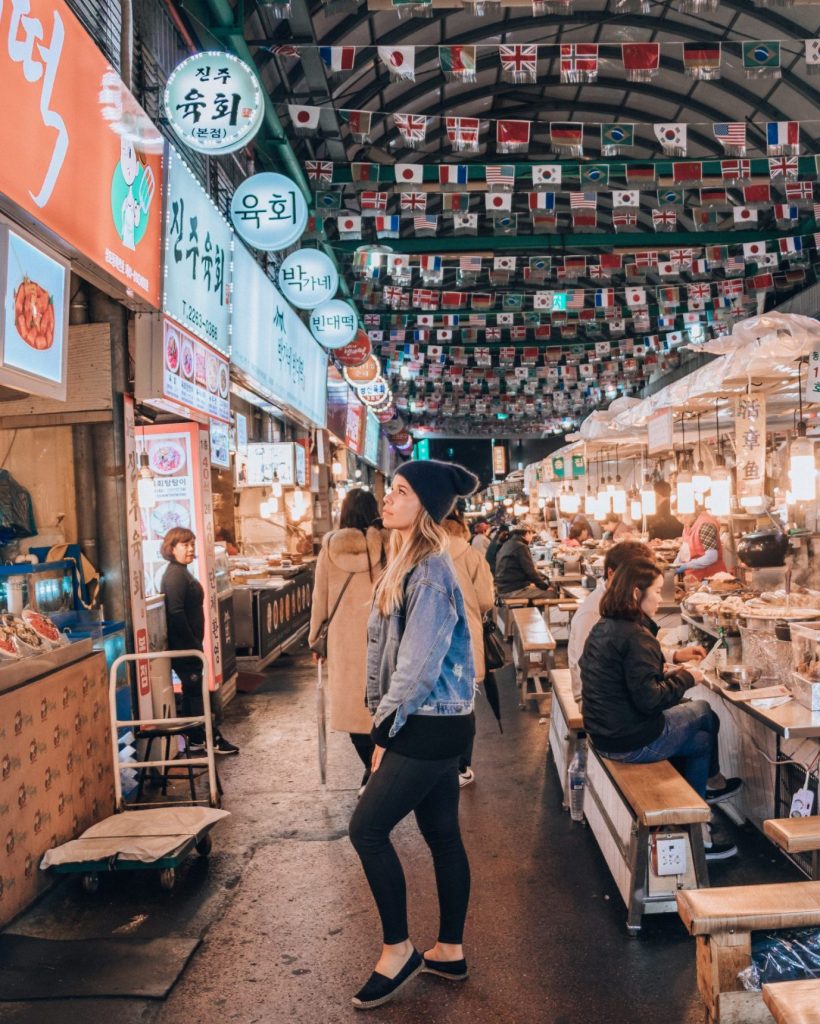 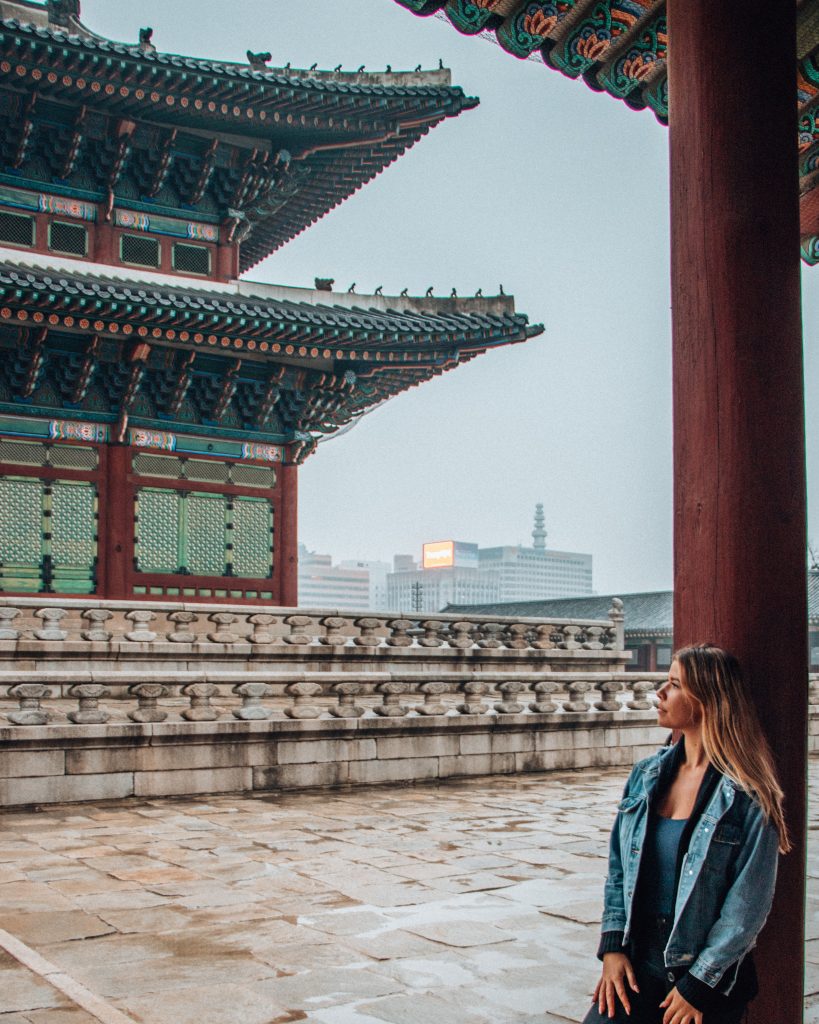 Translation – Unless you are fluent in Korean or plan on traveling with a translator, pre-download Google Translate. You will more often than not encounter a language barrier as you travel throughout Seoul. Luckily, Koreans are very friendly, and Google Translate can be an extremely useful tool to help you navigate and communicate in this busy city.

Take Out Cash – Although credit cards are widely accepted, cash is needed if you plan on shopping in the food markets and to add credit to your subway ticket. So, be sure to withdraw South Korean won prior to heading out for a day of exploring.

Airport Transfers – The most efficient way to get to and from Incheon Airport (ICN) is via airport buses. If you are unsure where to find these, the airport information counter will gladly point you in the right direction. A one-way ticket cost around $15 USD, typically stop only a block or so from most major hotels, and come equipped with onboard Wifi and comfortable seating.

1. From Palaces to Skyscrapers –

Exploring Seoul means hoping between the city’s old and the new. For starters, pay tribute to Gyeongbokgung Palace. Dating back to 1395, this is considered by many to be the most beautiful of the Five Grand Palaces built under the Joseun dynasty. Fast forward to the 21st Century, and venture to the observation deck at Namsan Seoul Tower for sweeping city views from this architectural feat. Apart from Koreans to-die-for fashion sense, did I mention they have incredible complexions? Korean beauty has hit the international market by storm, and for a good reason. Their highly researched and innovative skincare lines give results, so go crazy when it comes to shopping for products. In addition, Korean wellness practices and spas are a great way to round out your city adventures. Traditional Korean spa treatments include body scrubs, massages, and saunas.

Step back from the ultra-efficient and somewhat futuristic nature of Seoul and experience the city as it was nearly 600 years ago. Witness traditional Korean residences and winding alleyways, as they contradict the modern, metropolitan city that Seoul has become. Of course, Korean barbecue, spicy soups, and kimchi available at local eateries and night markets is a rite of passage in terms of culinary tourism in Seoul. Though, the city’s vibrant pop culture has launched a plethora of quirky, themed cafe, making stopping for coffee and lunch a source of entertainment. You can find anything from speakeasy style cafes, cat cafes offering live kitties to play with, to Korean emoji cafes. Seoul has redefined what it means to be a city that never sleeps. Koreans will go out from dusk until dawn, nearly 7 nights per week. Everything from karaoke bars (also known as Noreabang) in Itaewon, bar life in Hongdae, and raging nightclubs in Gangnam. Whatever your style, grab a drink and join in on the fun. Also, to minimize the after effects of your hangover the next day, try Haejangguk, a spicy ‘hangover’ soup.

Walking around Seoul will definitely inspire you to dress your best. Koreans sense of fashion is impeccable, and it’s so easy to join in with the endless boutique and name brand storefronts throughout the city. Two hotspots are the Gangnam district’s Garosu Gil Famille Street for an assortment of boutique and K Beauty brands or Myeongdong for larger name brands and a trip to the Lotte Department Store. 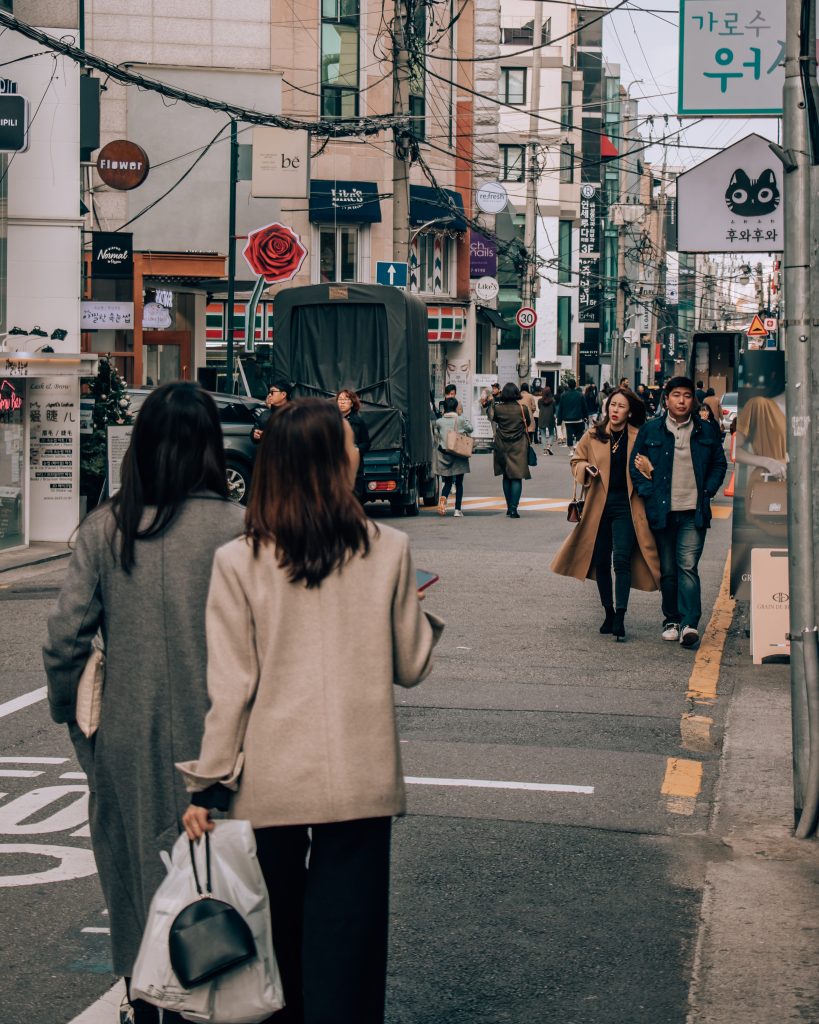 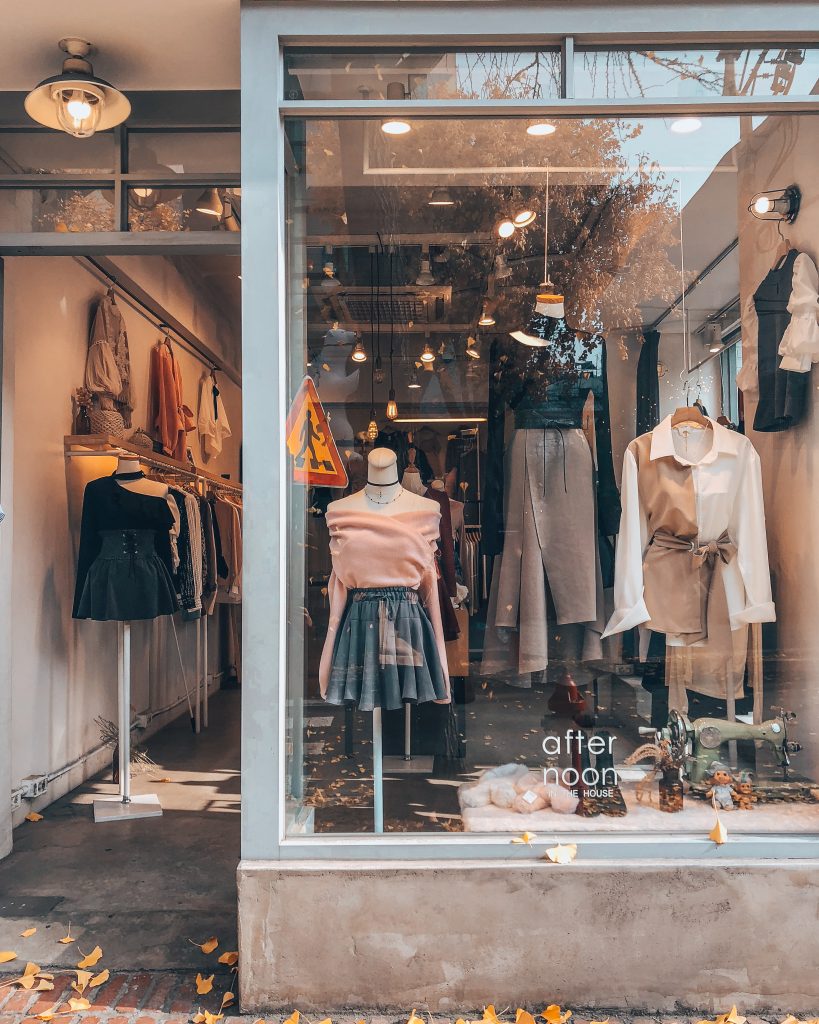 How to Pack Carry-On Only for International Travel